The foundations of the Mother Nature's Diet healthy lifestyle.

Modern industrialised agriculture is not good for food quality, not good for animal welfare and not good for the environment. The advice in Core Principle 7 to ‘eat plants and animals’ comes hand-in-hand with Core Principle 8. Quality matters. We should be looking to eat plants and animals that have themselves been raised on a healthy natural diet. We ideally want to eat plants that are local, seasonal and organic, and we want to eat animals that have been raised free-range, grazed on open pasture and treated humanely.

While humans are supposed to eat other animals, that does not give humans any right to shut those animals in a cage or mistreat those animals while they are alive. For better animal welfare, for better environmental management, for sustainability in farming, and for your health, we need to consume animal products that have come from animals which have lived as naturally as possible. We also want our plant foods free from man-made chemicals, many of which are toxic and may bio-accumulate inside our bodies.

In an ideal world, we want to eat vegetables and fruits grown as locally as possible. In recent years, we have all got used to having tropical fruits and summer fruits available all year-round in our supermarkets, but this comes at a cost, and it’s the environment that is paying. There is a carbon footprint attached to eating bananas, strawberries and pineapples year-round in cold Northern Europe. Cutting a very, very long story short, we should ideally try to eat as much locally-grown produce as possible, and this will mean seasonal variations in our diet. Here in the UK, that’s going to mean eating lots of those strawberries and raspberries in the spring and summer, but far fewer at other times of the year. More salads in summer, more hardy root vegetables in winter.

The best way to eat what is seasonally available is to learn to grow some of your own fruit and veg. Plant an apple tree, grow a few of your own cabbages or tomatoes, have a go at growing some strawberries, try to grow some lettuces in trays on your kitchen windowsill. You don’t need much space, a few pots and planter trays will do, and you can start small and see how you get on.

If you can, shop at a local farm shop or farmers market, try to support your local farming community. Engage with the sellers, ask if they are organic, how far the food has travelled. If you are growing some of your own food, you will find it tastes fantastic, and you will know it is 100% organic, using no artificial chemicals at all.

While there is controversy around organic labelling, it still makes sense to go organic as much as you can afford. It is widely known and accepted that many pesticides are harmful to human health…but the argument goes, that by the time it is sprayed on crops, left to blow around in the wind, then the crop grows, then it is harvested, washed, transported and sold on…by the time each small individual piece of fruit or vegetable reaches you, then the residual small amount of pesticide left on that plant is so tiny, that any harmful effects are too small to worry about.

In essence, that argument is pretty logical and probably right. Your body is equipped to process toxins and that one small meal with a tiny bit of pesticide residue in it really probably won’t hurt you. But this seems to ignore the fact that you are going to eat more than one meal this year, aren’t you? What this logic ignores, is the lifetime bioaccumulative effect of eating about 1000 meals per year for 60 or 70 or 80 years. If you can afford to, just buy organic. The more we buy organic, the more the market will shift in the right direction.

There seems little doubt that humans are supposed to eat other animals, but that does not give us any right to cage them or mistreat them while they are alive. Pay for animal welfare - buy grass-fed, free-range or organic. 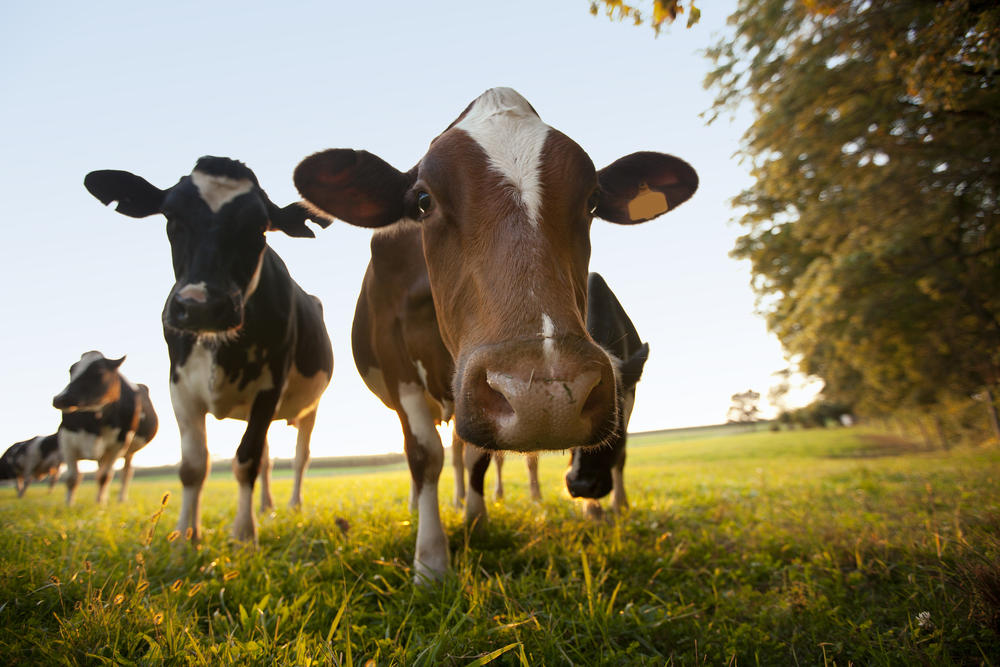 For animal welfare: Really, we have no right to dictate that any animal live it’s life in a cage or box, all animals deserve to see day light and breathe fresh air, so let’s just refuse to support farming that mistreats any animals. Enough said.

For human health: Ruminants (we’re talking about cows and sheep here) are supposed to eat grass, not corn or grains, and the meat we get from those animals is healthier for us if they have been raised on a more natural diet. Grass-fed meat tends to be lower in omega-6 fatty acids than grain-fed meat, and this is beneficial for us. Free range chickens produce healthier eggs. Sustainably-caught fish from the open ocean offer us better fats than farmed fish.

For the environment: Intensive, industrialised farming practises are not sustainable, and they are harmful to the topsoil, the air and to rivers and seas. This is a vast topic, that could easily fill an entire book on its own.

If you are interested in learning more about the environmental aspects of farming, please read these three blog posts.

Please remember that Core Principle 7 and Core Principle 8 go hand-in-hand! For your health, for animal welfare, and for the sake of our environment.

For many people, the first step is the hardest. Let us help you get started on your new healthy lifestyle, take the 10-Day Jump Start program now!